Pilo & Co, the independent Geneva watchmaker, established since its founding in 2001 in the Saint-Gervais district of Geneva, one of the historical birthplaces of Swiss watchmaking.

It was not until 1554, in other words around forty years later than the rest of Europe, that the people of Geneva discovered the watch when the first watchmaker set up business in the city. Thomas Bayard was referred to in the register of inhabitants as goldsmith and ‘orologeur’, and described therein as a refugee who had fled his country for religious reasons, among the thousands of others like him.

Geneva, before the watch, was already acquainted with clocks due to their presence on public or religious buildings. One example still exists today on the bell turret opposite the original facade of Saint-Pierre Cathedral, and another on the ‘Pont d’Isle’ in Saint-Gervais, the legendary district where the watchmaking brand Pilo & Co decided to put down its roots. 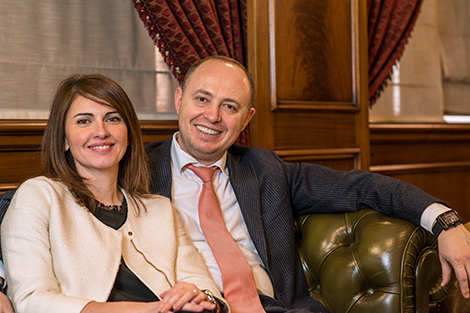 Amarildo Pilo and his wife, the watchmaker of Saint-Gervais’, founder of the Pilo & Co Genève in 2001

On opening its first watchmaking store in the Saint-Gervais district, Pilo & Co took its place at the heart of Geneva’s watchmaking history. In response to its success, it opened a second watchmaking/jewellery store opposite the city’s Reformation Wall, and thereby resonated in tune with the industry’s primary values. 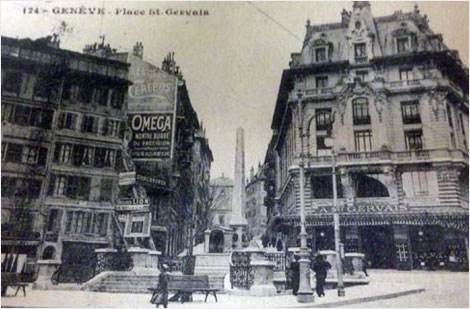 Before the watchmaker, there was the reputed goldsmith's trade

Although watchmaking was a relative latecomer to Geneva, the city was already well known internationally for its goldsmith’s trade, first documented back in 1293. Thanks to the trade shows organised by the city, the works of Geneva’s goldsmiths became highly sought after by European court dignitaries and powerful figures of the era. With the Calvinist Reform, which advocated a return to essential values, luxury and extravagance were no longer fashionable. Under this stranglehold, many goldsmiths converted to watchmaking, conferring their exceptional skills upon the making of timepieces. On 20 January 1601, for the first time, the political authorities recognised this corporation of skilled craftsmen and approved the 'Ordonnances et règlements sur l’estat des orlogiers’. The quality-focused charter laid down the training conditions for the watchmaker’s trade, for which apprenticeship lasted five years, and the rules governing the exercising of the profession.

The watchmaking collections produced by Pilo & Co Genève are dedicated largely to expertise and versions embellished with personalised settings. They are totally in tune with the history and ethos of Geneva. Before the watchmaker there was the goldsmith. After the watchmaker there was a concentrated pool of skills and talents, a professional corporation entirely devoted to flawless quality and absolute precision.

It was not, however, until the mid-17th century that Geneva watchmaking prevailed over the goldsmith’s trade. The watchmaker’s corporation was highly organised and divided the craftsman’s work into specialisations. It was the first to allow women to carry on certain watchmaking trades. In a stand against the large factories, also known as ‘machinofactories’ (the term was used pejoratively), the people of Geneva used the term ‘La Fabrique’ from the early 18th century onwards to refer to all the independent businesses linked to watchmaking. Gradually, the term was to refer to the entire Geneva watchmaking sector until the end of the 19th century.

‘La Fabrique’ employed up to 5,000 people in 1800, in other words a fifth of the population. It especially favoured the nurturing of talent: from the lone watchmaker making his own timepieces, the industry expanded to incorporate several bodies of ‘cabinotiers’, or watchmaking-related trades specialising in case assembly, guilloche work, engraving, case-fitting, gilding or enamelling… Craftswomen made small watch chains and took care of polishing the movement parts or cases. Enamel painters and talented miniaturists launched the tradition of luxury watches.

The ‘cabinotiers’ forged themselves a solid reputation for the quality of their work, their punctiliousness and precision. They were envied and not considered workmen like any other industry. Together they formed a kind of ‘aristocracy of craftsmen’, being treated more like artists than manual workers. They were cultivated and avid readers.

Many cabinotiers had settled in the Saint-Gervais district of Geneva, Pilo & Co Genève also therefore chose to occupy this location steeped in strong historical significance. It all began here. It saw the start of the making of timepieces in the ‘cabinotier’ style, pieces that upheld the original ethos of ‘La Fabrique’: independence in the face of the large factories, the virtues of quality, the artistic and jewellery dimension. This enviable status has allowed it to express its creativity since its founding in 2001.